I participated in a study asking about the fairness, reasonableness and non-discriminatory nature of FRAND licensing in the context of licensing of patents in standards. I was surprised to find people there asserting there was no conflict between FRAND licensing and open source software. Here’s a simple explanation why that’s wrong.

Whilst many may long for a truly open source OS that meets all of their needs, the reality has always been that compromise has a role to play whenever it comes to picking your operating system. Despite the availability and increasing ease of installation of purer open source systems, there remains a trade-off to be made. Systems with a high level of software freedom and an intuitively usable interface seem to require high levels of maintenance to keep them alive. Where a system with high software freedom’s been designed to require less maintenance, the usability seems to suffer. Of course, this triangle has a third point to it too: where a system is both easy to use and maintaining it doesn’t consume too much of your time, it’s software freedom that takes the hit.

What sort of system you choose should depend on which of those three factors you prioritise. Read the details about this theory, along with some pointers for recognising systems that value software freedom in Simon’s InfoWorld Article.

Here’s my letter to the Evening Standard yesterday, where I explain the problem with surveillance laws and how to minimise their harm (in 200 words as required by their letters editor)

This letter was published in the London Evening Standard on January 12th, 2015:

I watch with alarm as, in the wake of the barbaric murders in France, politicians seek increased surveillance powers for the security services.

Surveillance is not always wrong; far from it, our democracy has long allowed accountable public servants to temporarily intrude on individuals they believe to be a threat.

My alarm arises for two reasons:

The attack on the Charlie Hebdo office in Paris was a horrific crime. It has shocked the world and roused a great deal of public upset, outcry and anger.

Whilst it’s too late to prevent the tragic loss of life caused by the murderers, the office assault was the seed of another, ongoing attack, in which each of us is struggling, though we may be unaware of it.

Acts of terrorism provoke society into attacking itself. Justice and law making systems designed to protect and uphold our freedoms and rights are tricked into restricting and removing those self same rights and freedoms for everybody, in attempts to prevent future attacks and to placate the fierce public desire for action.

An understanding of the openness of the internet and the ways in which we benefit from it gives technologists a unique insight into the value that society gains from remaining open. That’s why Simon’s used his InfoWorld response to the tragedy as an opportunity to call on readers from the technology industry to respond to terrorism by defending openness. Check out his full article on InfoWorld. 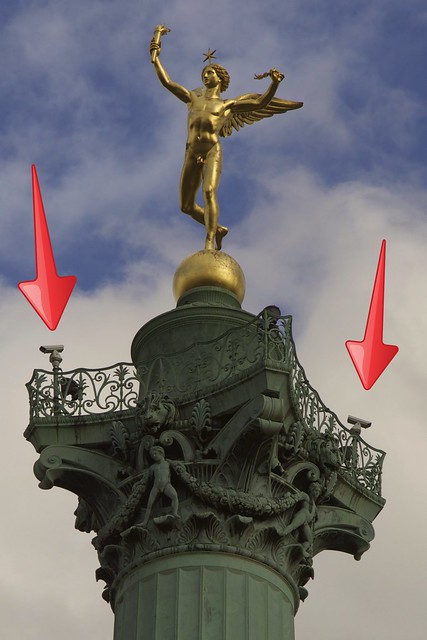 Wishing you a great 2015! We plan to post news clippings more frequently this year; if you ever feel the need to encourage us, please throw a coin or two in the tip jar over there on the right!