Having a business model in which you sell a proprietary version of an otherwise Open Source project is a slippery slope that erodes user freedom. Nginx’s decision to release a paid only version of their popular server software might seem like good business sense, given the widespread adoption of their product, but in fact it has potential to decrease their value. END_OF_DOCUMENT_TOKEN_TO_BE_REPLACED

Open World Forum is an annual Free and Open-Source European forum which is running this year between the 3rd and 5th of October in Paris, France. The event provides a chance for the Free and Open-Source community to debate the different effects of their work on the market, with a range of politicians decision makers and experts in attendance.

On the Friday of the forum, from 10am Simon will be helping lead a track entitled “Meshed Society and Freedom to Innovate“. The track explores ways in which freedom to innovate is threatened and limited by market control points erected in a previous, unconnected era of our society. It also looks at some of the practical steps available today that can encourage innovation and ensure that the freedom to do so is refreshed and kept from being further eroded. In addition to that track he’ll also be participating in the “Future of Open Source Foundations” panel discussion on the  Thursday morning.

Already in it’s 6th year, the forum continues to grow in size and reach. This year it’s grown again and moved to a larger venue. There’s still plenty of time to register for this years event, so make sure you’ve got your place secured today.

Whilst attending OSCON, Simon ran into and conducted a short interview with Jeff Hawkins. Hawkins has a number of different claims to fame. The Palm Pilot and the Treo particularly stick out in the memory and indeed it’s  for “the creation of the first commercially successful example of a hand-held computing device” that he was elected to the National Academy of Engineering. Yet despite originating what is now a massive market in hand held devices, his personal passion is to be found in neuroscience and it’s to that cause that his energy is now dedicated. END_OF_DOCUMENT_TOKEN_TO_BE_REPLACED

David Cameron’s web filtering agenda is particularly unhelpful. There are a raft of reasons why “default on” filtering is a bad idea. Filters don’t effectively block explicit material and lots of helpful, wanted material gets caught up in the same blockages (including this site!). Even if there was some practical way to avoid problems of this nature (which there isn’t) there’s another, deeper problem involved concerning censorship.

As ORG’s campaign “David Cameron: Stop Sleepwalking the UK into Censorship” points out, “adult filtering amounts to censoring legal content”. No other modern, democratic country is behaving this way. By pushing this agenda David Cameron sets a dangerous precedent for the administration of any country which is seeking to justify the suppression of information to its people.

Signing ORG’s petition is one way that you can have your say on the matter. By adding your voice to those calling on the prime minister to drop his proposals you can make a valuable stand against censorship. So take a look at the campaign and if it’s something you agree with, make your voice heard! If you’re still unconvinced that “default on” filtering is a bad move, ORG’s page on censorship goes over some of the issues in more detail. This is an issue which is cropping up more and more, in parliament and in the news and a lot of the coverage has a clear and ill considered bias. Get informed and don’t let the UK get “sleepwalked into censorship”. 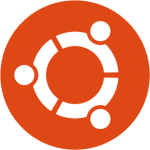 To say that Canonical’s $32 million crowd funding effort on Indiegogo is ambitious is an understatement. If they reach their target it will blow previous crowd funding records out of the water and as it is they’ve already surpassed many of the sites previous funding records. The money is intended for the production of the “Ubuntu Edge”, an experimental phone running Ubuntu Linux as its operating system and with the capability of running as a full desktop computer when docked with an HDMI monitor.

The smashing of records like “fastest project to raise $1m” reveals something of the projects popular backing, but Canonical still have a long way to go before they reach the target they’ve set. Nay-sayers would have us turn away from the project, insisting that the money should come from more traditional sources, like the mobile carriers. As Canonical founder Mark Shuttleworth explained in a short interview at OSCON last week, this view ignores one of Edge’s key guiding principles. The crowd funding of the project allows it to take big strides forward in innovation that conservative phone companies are currently unwilling to enter into due to the fact that the technologies are not yet proved to be popular. If the crowd funding succeeds, that in itself will be a massive validation of the technology and will help enable similar future technologies to break into the mobile market much sooner than they would have otherwise.

Ubuntu Edge is an exciting project, pushing the boundaries of technology and committed to putting open source software into the mainstream. Read Simon’s reasons for backing the project and more in this weeks InfoWorld article.

Perhaps you spotted Simon at OSCON last week? There was a lot going on and a great atmosphere. In the midst of it all Simon found a little time to carry out a series of interviews with an eclectic collection of interesting, key attendees. The interviews form the heart of this weeks FLOSS episode and cover a diverse selection of topics including Ubuntu phone, applied neuroscience, open source online video platform “Kaltura” and the need for hosting providers to be a part of the open source community.