In pursuit of market control now, deployers of DRM are robbing us of our culture in perpetuity by enclosing the future commons. 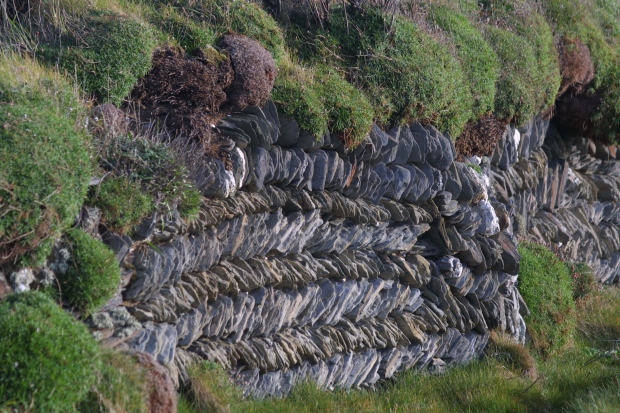 It’s possible that you think that unauthorised use of copyrighted music, films and books is such a serious problem that it’s worth giving away a little of your convenience and freedom in exchange for stopping it. If you do, I’d like to suggest you think again – and time is running out.

Travelling frequently in Europe, I’ve had the chance to use two approaches to the underground/metro/subway,  the Paris Metro and the U-bahn in various German cities. There is a very visible difference between the two, at least in my experience. Here are some sample encounters.

In Paris, I bought my Metro ticket and then used it in an automated barrier to reach the platform. I noticed lowlife furtively scanning the station and then vaulting the barriers, and I saw armed police at the station to catch the thieves doing this (they didn’t catch any that I saw, and there were several of each at each station).

By contrast, the U-Bahn in Nürnberg had no barriers. I bought my ticket, boarded the train without fuss, there was no risk of being shot by a policeman targeting a barrier-vaulting cheat, and the system was still clean, efficient and well-used.

The point of the story is there’s more than one way to enforce payment, and the same applies to copyrighted content; it doesn’t have to involve DRM and alternatives exist. The story sprang from a conversation long ago about DRM. A comment writer on my blog said of this technological disease:

I might be the only technologist on the other side of the DRM fence. To me it is like checking my lift ticket when I get on the ski lift. I might find that a bit annoying, but if ensures the resort can stay in business from collecting ticket money, then that is a net good thing for me. If the ski resort goes out of business I can’t go skiing, and I would resent those who got on the lift w/out paying.

I think there are quite a few people around who have a “fair enough” view like this one, which is unfortunately rather simplistic. DRM – the imposition of restrictions on usage of digital content by technical means, what I call Digital Restriction Measures – is far more than that.

It’s like checking the lift ticket, yes, but also the guy checks you are only wearing gear hired from the resort shop, skis with you down the slope and trips you if you try any manoeuvres that weren’t taught to you by the resort ski instructor; then as you go down the slope he pushes you away from the moguls because those are a premium feature and finally you get to run the gauntlet of armed security guards at the bottom of the slope checking for people who haven’t paid. The whole approach punishes the paying customer more than the occasional cheat.

The problem with technology-enforced restrictions isn’t that they allow legitimate enforcement of rights; it’s the collateral damage they cause in the process. In my personal opinion the problems are (very concisely) that they:

To go into more depth on those:

Technology-enforced restrictions quantise and prejudge discretion
People talk of “fair use” but what they actually mean is that we all depend on the exercise of judgement in every decision. Near the “bulls-eye” of copyright we’re all clear what is what, but as Lessig eloquently explains in his book “Free Culture”, in the outer circles we have to make case-by-case judgements about what usage is fair and what usage is abuse. When a technologist embodies their or their employer’s view of what’s fair into a technology-enforced restriction, any potential for the exercise of discretion is turned from a scale to a step and freedom is quantised.
Technology-enforced restrictions reduce “fair use” to “historic use”
The natural consequence of having the quantum outlook and business model of one person replace the spectrum of discretion is that scope for new interpretations of what’s fair usage in the future is removed. Future uses of the content involved are reduced to just historic uses the content had at the time it was locked up in the DRM wrapper (if that – for example, digital books are generally not able to be loaned to friends, and even when they are it’s treated as a limited privilege).The law may change, the outlook of society may mature but the freedom to use that content according to the new view will never emerge from the quantised state the wrapper imposes. The code becomes the law, as Lessig again explains in his book “Code”. As others have pointed out, “fair use” is forward-looking, “historic use” is ossifying.
Technology-enforced restrictions potentially empower a hierarchical agent to remain in the control loop
When use of content depends on a technology from a single vendor, as is currently universally the case, that vendor effectively becomes the gate to ongoing use rather than the actual copyright owner. What’s much worse, though, is that the restrictions don’t go away when the rights they are enforcing do. Copyright eventually runs out, but technology-enforced restrictions never do.
Whereas traditionally the act of copying that triggered copyright only applied to the production side of culture, in Free Culture Lessig explains that all digital consumption also involves making a copy. That means, unbidden and unreformed to make it suitable for doing so, copyright law has started to apply to consumers too. That terminological accident has given business the chance to turn the reading experience into a contractual matter, allowing the eternal imposition of restrictive terms where none are justified by traditional use.
Technology-enforced restrictions condemn content to become inaccessible
As DRM’s outspoken critic Cory Doctorow points out often, DRM condemns content to suffer the fate which for documents I once called “corporate Alzheimer’s”, where the loss of the tools to read or unlock documents renders the history for decisions unreadable and forgotten. Each of the problems above combine in a ‘perfect storm’ to create a content owner’s dream world of built-in obsolescence and repeated opportunity to sell the same content to the same people all over again if they actually like it enough to use it.
Meanwhile, our collective cultural memory gets locked up in instances which become inaccessible on the occurrence of the first one of:

Thus your children won’t get to play your music, show your favourite films, read your books, share your culture, with your grandchildren because they won’t inherit anything digital from you that’s usable. Historians won’t be able to track the influences on an event because the sources have digitally corroded. You’ll not even be able to share what you like with your friends.

People with a strong belief in the power of the Invisible Hand to right all wrongs have been known to say things like: “If DRM isn’t good business it will go away. Simple as that. No need to worry.” (actual quote)

Except the prior market power of huge corporations is being used to project it into markets in a way that distorts market forces and conceals the lack of ethics and the erosion of the social contract behind rights law. What if it’s good business but bad humanity? What we’re seeing here is the 21st century equivalent of enclosure – indeed, the comment by More from “Utopia” rings eerily true:

… not contented with the old rents which their farms yielded, nor thinking it enough that they, living at their ease, do no good to the public, resolve to do it hurt instead of good. They stop the course of agriculture, destroying houses and towns, reserving only the churches, and enclose grounds that they may lodge their sheep in them.

It’s clearly right to “pay the labourer a wage” but is that enough excuse to also condemn culture into the memory hole and enforce an economy of constant repayment for the same stuff? Is there a solution?

If there is, it will surely involve a fundamental rethink of rights legislation – patents and copyrights – that goes back to the social contract on which both are based¹, giving limited and temporary one-time rights to the producer in exchange for the enrichment of society. We’ve forgotten that was the root of the whole system, and corporations now have the sort of entitlement culture they deride in individuals. DRM breaches the social contract of copyright and robs the future commons.

We may also need the invention of schemes that allow the technological equivalent of the Nürnberg U-Bahn for content – allowing fair-users to show their bona fides, leaving others to face investigation – and OpenDocument that guarantees future access to today’s documents. And we need to recognise the point at which schemes like iTunes that appear to use DRM fairly but finally funnel us away from circumventable almost-locks into real servitude and not give in to the intentional seduction.

But whatever the answer, we need it soon, because the approval of DRM in web technologies means we’re rushing headlong into a world that will be doomed to forget its culture and history – if it doesn’t keep paying the protection money.  The worst we can do is leave things to evolve without intervention from the technology community.  As a card on my wall reminds me, “the biggest enemy of freedom is a happy slave”.

This entry was posted in Articles and tagged Copyright, Culture, DayAgainstDRM, DRM. Bookmark the permalink.

18 thoughts on “DRM Is Toxic To Culture”